Eagle Spreads the Joy of Aviation

Embry-Riddle Worldwide student Nobi Buntin (’23) makes a difference in the lives of many, but she says, “I’m just being me.” 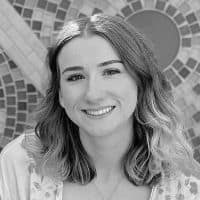 Based in Hawaii, Buntin is a self-described overachiever and multitasker who has pivoted her life and career several times but has never forgotten a passion for flight that began in childhood.

“I took my first airplane ride when I was seven,” Buntin recalled. “I had a blast and immediately wanted to become a pilot.”

However, she knew her family did not have the finances for flight training, so her dream was put on hold. That didn’t stop her from making the most of flights, as she helped the flight attendants with service and enjoyed sitting in the flight deck with the captains.

“I was a little flight attendant at the age of 10,” Buntin said.

Years later, she worked as a flight attendant until an injury forced her to stop. After a couple of years of rehabilitation, Buntin decided she wanted to get back in the sky and pursue her long-shelved dream of becoming a pilot. With the support of her husband and three children, she started her flight training in 2016.

When COVID-19 struck the Hawaiian Islands in 2020, shipments of goods were not making it beyond Honolulu, on the island of Oahu. Buntin saw a need and founded Aloha Aviators, a non-profit organization. She and others worked to sew and distribute face masks to healthcare workers and ensured the outer islands received supplies and produce, along with food for animals in shelters.

As the pandemic wound down, Aloha Aviators pivoted to serving homeless youth on the Big Island of Hawaii, donating money and flight time to keep teens out of trouble.

Buntin wants to spread the word about the joy of aviation as much as possible. She invites mentees with her on Aloha Aviators missions to give them experience in a plane and determine if aviation is for them. She informs them about scholarships and lends as much help as she can. She even promotes Embry-Riddle and tells others about her positive experience with the university.

Attending Embry-Riddle Aeronautical University was an easy decision for Buntin.

“It’s the Harvard of aviation,” she said. She started taking courses online in 2019, studying Aeronautics with a minor in Human Resources.

She tells others in aviation about what Embry-Riddle has to offer: “Not a lot of people realize that credits can be transferred from FAA certificates that you earn.”

Before flying, she was an educator for 35 years, even opening her own preschool and kindergarten. Now a flight instructor, she hasn’t lost that enthusiasm for teaching. She’s mentored dozens of students, from high school to college to working for major airlines, and they keep in touch with her to share their successes.

It’s so meaningful when somebody thinks of you that highly, but I’m just being me and I enjoy helping people and I don’t think much of it.

She explained the burnout that can happen along the journey of flight training, but noted that another aspect of Aloha Aviators that makes the work meaningful is “bringing back the joy and helping people realize why they started the journey in the first place.”

Her main piece of advice for future aviators is to surround yourself with people who are going to be honest with you and share not only successes, but failures.

Buntin was also adamant about not losing the passion for aviation. “Go out for joyrides now and then, and don’t be too focused on getting things done, because you got to have fun.”