From the Classroom to Capitol Hill 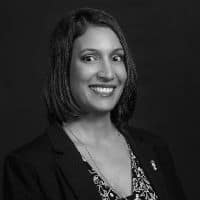 Dwayne Clark knew from an early age that he wanted to serve the country, and the Global Conflict Studies program at Embry-Riddle was the right fit. What he didn’t foresee was that he’d end up serving on Capitol Hill.

Clark enjoyed the program’s curriculum, where he learned about different conflicts throughout history from different angles, which trained him for real-world experience.

When Clark pondered his professional goals, he knew he wanted to work in government, possibly in national security or a foreign affairs-related position. He never imagined he was qualified to work on Capitol Hill. However, with the encouragement of former colleagues, he applied and was selected for an internship.

Once he arrived on Capitol Hill, Clark realized the wealth of opportunities available.

“You aren’t just limited to being a foreign service officer or an intelligence analyst,” he said. “You can be a policy advisor, run communications or handle the political angle for what a member of congress does – the logistical side, the administrative side and all the things that make the legislative process tick."

Clark also quickly learned how highly recognized the Embry-Riddle name was. He leaned into those credentials, which opened doors for him to expand his knowledge and extend his professional network.

His advice for current Eagles is to have an open mind when it comes to professional goals. There are many options within the global conflict field, and multiple roads can lead to your dream job.

As a military legislative assistant for a federal official, Clark is a policy advisor on military-specific topics that involve a great deal of research and networking. His role includes responding to issues and advising on legislation related to his area of expertise.

"There have been some pretty hot-button issues this last year that I was a part of, ranging from the Afghanistan withdrawal to the infrastructure bill," he said. "Not only have they had major implications economically and for the country, but politically too."

“These members need advisement on a lot of the major issues coming around in this ever-changing world,” he said. “To have the opportunity to be here, help shape that narrative and provide what I believe is good information has been great.”

Clark has found Capitol Hill to be a great environment for growth. As for his own career trajectory, he wants to continue serving the country in a government affairs role for an aerospace defense company or possibly run for office.