Being an engineer was never the plan for Embry-Riddle Aeronautical University freshman Maya Benson. Aerospace Engineering freshman Maya Benson actively overcomes struggles with a rare blood disease to pursue her dream of playing a key role in space missions. Official portraits of Boeing Scholars were captured under approved Covid-19 safety protocols requiring physical distance at all times and a mask for the photographer. (Photo: Embry-Riddle/Connor McShane) 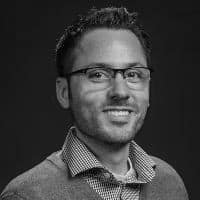 Instead, she wanted to be astronaut, explore every galaxy, discover every unknown thing. But, being diagnosed with sickle cell beta thalassemia shortly after birth meant that she was unable to take part in strenuous activities. So, over time, her dreams began to change shape. Now an Aerospace Engineering major on Embry-Riddle’s Daytona Beach Campus, she has found a new way to play a key role in space missions. She strives to help others travel outside of Earth’s orbit and into outer space.

“I love designing parts as well as other things in CAD (computer-aided design) software,” she said. “Something about being able to create my idea and actually see it makes me happy.”

After graduation, she envisions moving on to graduate school and possibly earning her Ph.D. to hone those design skills even further. From there, a job at NASA or JAXA (the Japan Aerospace Exploration Agency) is the goal — maybe she will even launch her own engineering firm specializing in robotics and deep-space flight.

But the road to her undergraduate program wasn’t always easy.

“Because of my condition, there would be times when I got really sick and I would miss school for weeks or months at a time,” said the Columbia, South Carolina native. “That caused my grades to drop drastically. When I got better, I would have to work hard to learn and complete everything I missed in order to get back on track.”

She’s often thought of giving up, she admitted, but her mother and other family members have always been there to encourage and inspire her.

“What drives me to pursue my dreams is knowing that there are other people out there who have a much harder life than I do, and they are obtaining their dreams,” she said. “So I just think to myself, It will get worse before it gets better. I just need to ignore whatever excuses I make for myself and continue on.”

Heading toward the end of the term, Benson has been actively applying for summer internships and considering online classes.

Benson was one of 13 high school students chosen to be part of the 2020 Boeing Scholars cohort.