From a platoon sergeant in the United States Marine Corps to NASA’s Business Pathways Intern, Jetro Gallo is on mission to achieve his next goal thanks to the connections and opportunities he’s found at Embry-Riddle Aeronautical University. Embry-Riddle Aeronautical University's Worldwide programs are offered entirely online and were especially helpful to Gallo as he studied Supply Chain Management while deployed in Romania with the United States Marine Corps. (Photo: Embry-Riddle) 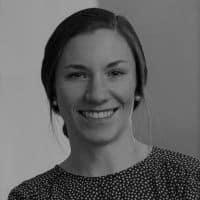 While deployed in Romania with the United States Marine Corps (USMC) in 2017, Jetro “Jet” Gallo (’22, ’24) began taking courses part-time to earn his Bachelor of Science in Logistics and Supply Chain Management through Embry-Riddle Worldwide. For the Philippines native, this wasn’t always the plan.

“I was born in a town called Panabo and I moved to the states with my family in 2001 to Las Vegas, Nevada where I grew up,” said Gallo. “While my peers ended up in hospitality, I wanted to make a change for myself in the Marine Corps. Originally, I wanted to be an Aviation Mechanic, but the Marine Corps had other plans for me.”

The flexibility of Embry-Riddle's Worldwide degree programs was especially helpful for Gallo while assigned to the 2nd Battalion 2nd Marines as a Supply Chief, noting the unique locations he and his platoon would be assigned to.

Worldwide professors are great because they understand you have obligations outside of school — I’ve been really thankful for that,” explained Gallo. “Sometimes, when we went into the field, we literally didn’t have service for two weeks … I even remember being on a C-130 and having a Word document open on my phone, writing an essay.

After being in active duty with the USMC from 2014 until 2018, Gallo closed his military career and transferred to Embry-Riddle's Daytona Beach Campus as a full-time student, entering the Combined Pathways Program to obtain a B.S. in Aviation Business Administration, with a focus in Supply Chain Management, and an MBA in Aviation Management.

According to Gallo, while adapting to civilian life was difficult at first, the connections made with fellow students and faculty helped him tremendously. These, along with his time in the service, have been pivotal experiences guiding Gallo to where he is today — serving in his second rotation as a NASA Business Pathways Intern.

“The person who has influenced me the most is my research advisor, Dr. Janet Tinoco,” said Gallo. “I never thought I could be a candidate within the NASA-type realm, but she encouraged me. I’m grateful there are professors here that push me because sometimes I don’t know my own potential.”

During his first rotation with NASA in 2021, Gallo interned as a Contract Specialist under the International Space Station Procurement Office and was responsible for assisting with the pre-award, negotiation and award, administration and closeout of NASA contracts. Last summer, Gallo also served as a Resource Analyst for NASA’s Missions Support Resource Office (Center Operations Directorate) by assisting decision-making processes for customer’s financial budgets, statements, reports and overall program/project plans.

Since interning with NASA, Gallo has gained invaluable experience prior to graduating and attributes the success in his role to foundational business courses and research opportunities completed through Embry-Riddle's David B. O’Maley College of Business. Following graduation, Gallo hopes to continue his career with NASA and eventually open his own consulting firm to help major companies navigate “the other side of government.”

While reflecting on his time here, Gallo shared one more profound experience magnifying his appreciation for his professors and peers at Embry-Riddle.

“In 2019, my mother actually passed away — that was a difficult time for me,” said Gallo. “I informed my professors of what took place, and they were there for me. I really appreciate this university … they were able to get me through such a hard period of my life.”