Computers and Technology
Fields of Study

Computers are ever-present in today’s developed societies. We carry smartphones, amuse ourselves with video games, drive vehicles with embedded systems, and manage our daily lives from computers interconnected with the rest of the world. And, the systems that control modern aircraft and spacecraft represent technology at the highest level.

Embry-Riddle’s computer-related degree programs are designed to ensure that graduates possess the knowledge and the skills that will make them standout in the job market and in their careers.

Undergraduates in our Computer, Software, and Electrical Engineering programs receive hands-on experience in world-class facilities beginning in their first semester and culminating with a multidisciplinary capstone project that demonstrates their skills. 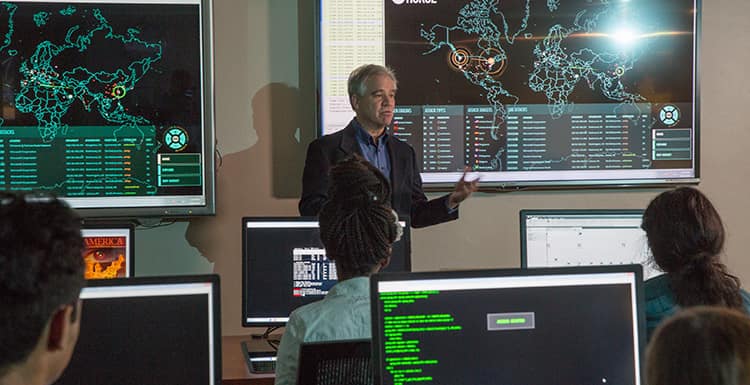 Our Cyber Intelligence and Security students are trained in reality-based scenarios that teach them to defend software and computer networks against crippling cyber attacks.

Technical Management undergraduates and master’s students are taught the skills to direct the resources of any organization toward its goals — regardless of their chosen discipline.

Whether you are beginning your higher education or a seasoned professional, we have a degree program to help you achieve your goals.

No matter the level, from associate to master’s degrees, the Computers and Technology programs at Embry-Riddle are designed to teach you the real-world skills necessary to succeed in today’s technologically advanced workplace.

If you’re already working full time, you can select a program that allows you to attend online or part-time classes.

Explore our programs to see which is right for you.

Not only are graduates with computer-related degrees in demand, they are well compensated. According to the National Association of Colleges and Employers, computer science was among the top-paid majors for the class of 2018, which ranked second at $66,005 annually.

Cyber Intelligence and Security graduates can expect both high wages and high demand in the job market. According to the Department of Labor, the 2017 median pay for information security analysts was $95,510, and the workforce is expected to grow by 28 percent between 2016-2026 — much faster than the projected growth of the national workforce for that period.

Average starting salary projection for graduates with a bachelor's degree in 2018, according to the National Association of Colleges and Employers

Students and faculty in Embry-Riddle’s computer-related fields are doing industry-changing research at our Daytona Beach, Prescott, and Worldwide campuses. Read about some featured projects below or search for more at erau.edu/research.

This project aims to develop low-cost and low-power lighting systems that can be deployed at remote airports. Lighting at rural airports is much needed because it gives local communities a transportation link during time-critical situations such as emergency medical services. However, those communities may not have sufficient infrastructure to provide reliable low-cost power for lighting. A low-cost lighting system will improve community safety during times of normal and critical operations.

Faculty in the Electrical, Computer, Software, and Systems Engineering Department at Embry-Riddle are developing new radar that may alter the paradigm of locating aircraft. Unlike standard radars that generate high-power radio pulses and listen for the return echoes indicating aircraft, the SABER system has no transmitter of its own. Instead, researchers use weak echoes of signals from existing satellites high above the Earth to locate their quarry.

For this project, Embry-Riddle faculty and students are collaborating with Terminal Velocity Aerospace as a subcontractor on a project funded by NASA’s Space Technology Mission Directorate. As part of the funded research, the team will refine and eventually integrate an ADS-B payload into a low-cost Earth re-entry vehicle.

Some of the most modern and high-tech laboratories and equipment in the academic world can be found at Embry-Riddle. 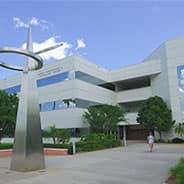 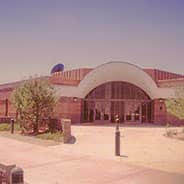 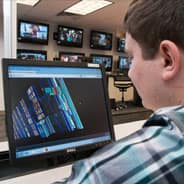